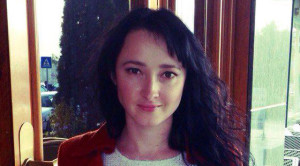 Under the reform of decentralization in Ukraine, local communities play the role of basic elements in the government system. However, the capacity of the communities depends not only from public powers and fiscal decentralization but also from participation of communities’ members in the decision-making process. The main forms of participatory democracy in Ukraine are public hearings, local initiatives, general meetings, special consultative working groups. In accordance with the Ukrainian legislation, the Municipal Charter regulates all these forms of citizen involvement in solving community problems.

However, only 20% of the communities in Ukraine have the Municipal Charter, according to the Regional justice department’s information[1]. Therefore, the citizens in 80% municipalities in Ukraine do not have opportunities to participate in local governance. However, even in the adopted Municipal Charters, the procedures of participation forms unclear and difficult, as a result – citizens can’t use them for making influence on local development.

Association made the analysis of the Municipal Charters in the areas of research center dislocation (Kiev, Odesa, Lutsk, Lviv, Artyomivsk, Mykolayev, Severodonetsk, Rivne, Dnipropetrovsk, Kherson). There were detected next number of problems:

Moreover, the research has detected the next problems:

On the central government level:

The Presidential Administration of Ukraine:

On the local government level: