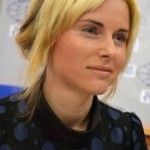 The effectiveness and success of decentralization reform depends on building of communication between reformers and community, involvement the community members in discussion of the process of community unification. It is equally important to set the regulatory support of such participation and implementation of relevant norms in practice.

Concept of reformation of local government and territorial organization of power in Ukraine[1] defines the principles of openness, transparency and public participation as the main principles of local government reform and territorial organization of power. Created Offices of reforms conducted the main information-explanatory work among the population, local officials and deputies of local councils in each area.

However, the results of analysis of Association for community self-organization assistance show that:

We should join all forces to increase the effectiveness of such work. It is necessary to intensify the work of established regional working groups on local government reform with the possible upgrading of their composition. This work should also involve community councils, created at regional councils and local state administrations. It is advisable to involve trade unions, employers, youth and students for whom it is important to study on decentralization, unification of communities. Regional councils should also be involved in this process, organizing public events, discussions, conduct outreach, placing Offices of reforms banners on the official site.

Therefore, it (for example the Dnipropetrovsk) should begin work on amendments to these plans, involving the public; start the collecting constructive suggestions.

Note. In policy paper, except provided links, were used the materials from websites of the President of Ukraine, Verkhovna rada, Cabinet of the Ministers of Ukraine, central executive authorities, regional councils and regional administrations, NGOs.

[1] Resolution of the Cabinet of Ministers of Ukraine from 01.04.2014 p. № 333-p “On Approval of the Concept of reforming the local government and territorial organization of power in Ukraine”: [electronic resource]. – Access mode: http://www.minregion.gov.ua/regional-dev/reformuvannya-miscevogo-samovryaduvannya-ta-teritorialnoyi-organizaciyi-vladi-v-ukrayini-643805/zakonodavchi-akti-shvaleni-kabinetom-ministriv-ukrayini-275073/rozporyadzhennya-kabinetu-ministriv-ukrayini-vid-01-04-2014-r–n-333-r-pro-shvalennya-koncepciyi-reformuvannya-miscevogo-samovry-189628/